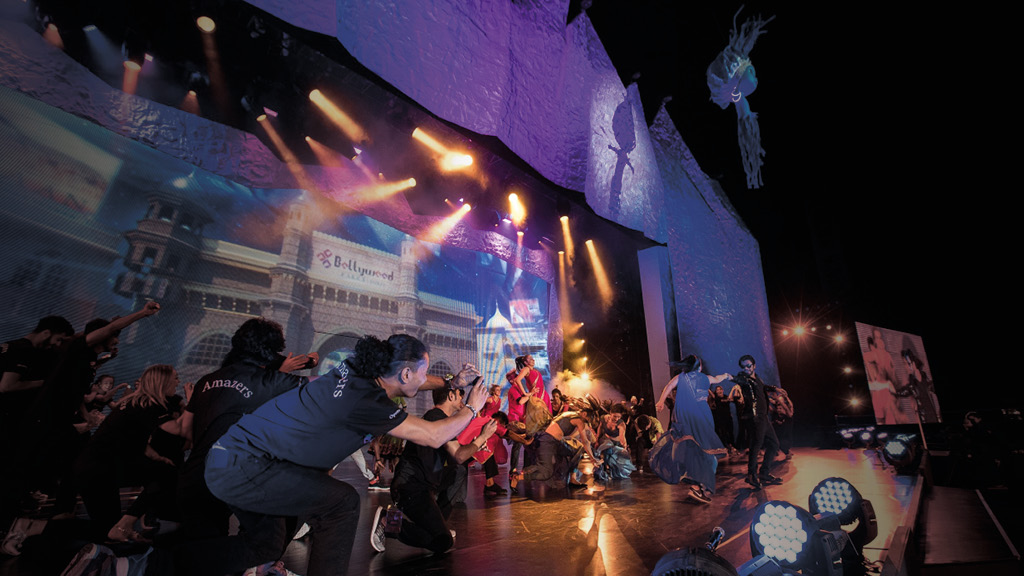 Leading Middle East experiential agency, Action Impact, appointed production and technical experts, World Class, to facilitate and manage the technical delivery of Dubai Parks and Resorts Grand Opening ceremony when it was held on 18th December 2016. The spectacular show included dancers and characters from all three of the resort’s theme parks, 50 LED drones in formation flight, bespoke puppets of the park ambassadors on a complex flying system and a stunning firework display all performed on a huge stage, built specifically for the ceremony on the lagoon in the middle of the park’s Riverland shopping and dining district.

World Class’ managing director, John Adkins was initially consulted at the tender stage and then appointed as technical director, working as a member of the ‘top table team’ for the entirety of the project. John was a sounding board for all technical aspects of the design during the pitch process and prepared the original costings for the technical production.

Additional key members of the World Class team then joined the project later in the year on the build up to mobilisation and to the event itself. This included an event safety director, a technical production manager, a site safety manager, production electrician, production assistant and accreditation manager. The team was responsible for all aspects of technical production; Health and Safety and site management, ownership of production schedules, attending production meetings and supplier liaison. This included overseeing the successful installation of all staging, seating, rigging, scenic displays, flying system, LED screens, projection, lighting and audio, as well as management and permissions for the fi rework displays, special effects, drones and puppets that helped to create the spectacular show.