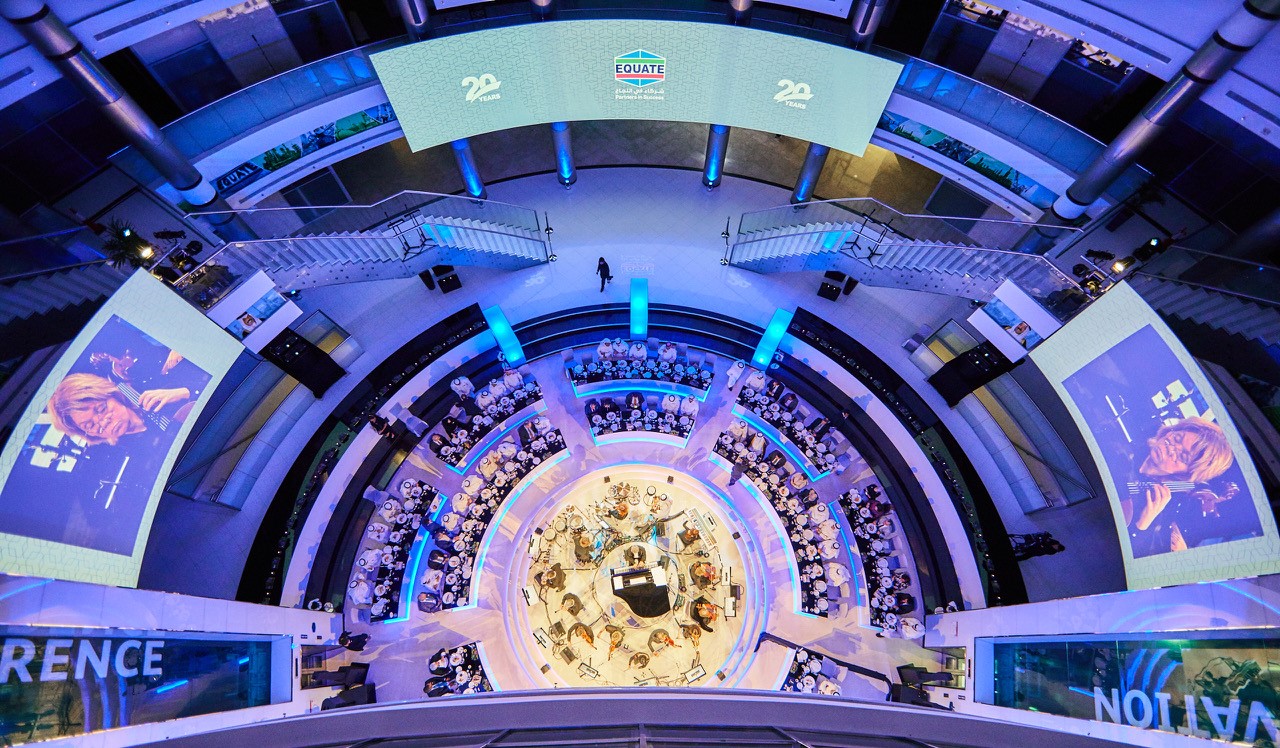 When Quintessentially was tasked with delivering Equate Petrochemical’s 20th anniversary celebrations and official inauguration of its new headquarters located in Kuwait in November 2017, World Class was on-hand to assist.

World Class was given complete responsibility for the technical delivery of the event. This included all aspects of production, site and stage management, along with Health & Safety for the event.

The project was managed by managing director, John Adkins who was the single point of contact for the in-house team at Quintessentially. On World Class’ recommendation, following a request from client for a premium solution, suppliers were appointed from Dubai. These included: Delta Sound, for audio and communications; Creative Technology, who supplied projection mapping and camera support and Eclipse, who delivered the architectural and stage lighting.

Equates new headquarters was 16,500 sqm and the event install took place over a three month period. The event was a huge success, attracting positive press coverage and acclaim from the high profile attendees who included: Kuwait’s Minister of Oil and Minister of Electricity & Water His Excellency, Essam Al-Marzouq, the Governor of Ahmadi His Excellency Sheikh Fawaz, Al-Khaled Al-Hamad Al-Sabah and the Deputy Chairman and CEO Kuwait Petroleum Corporation of (KPC) Nizar Al-Adsani.