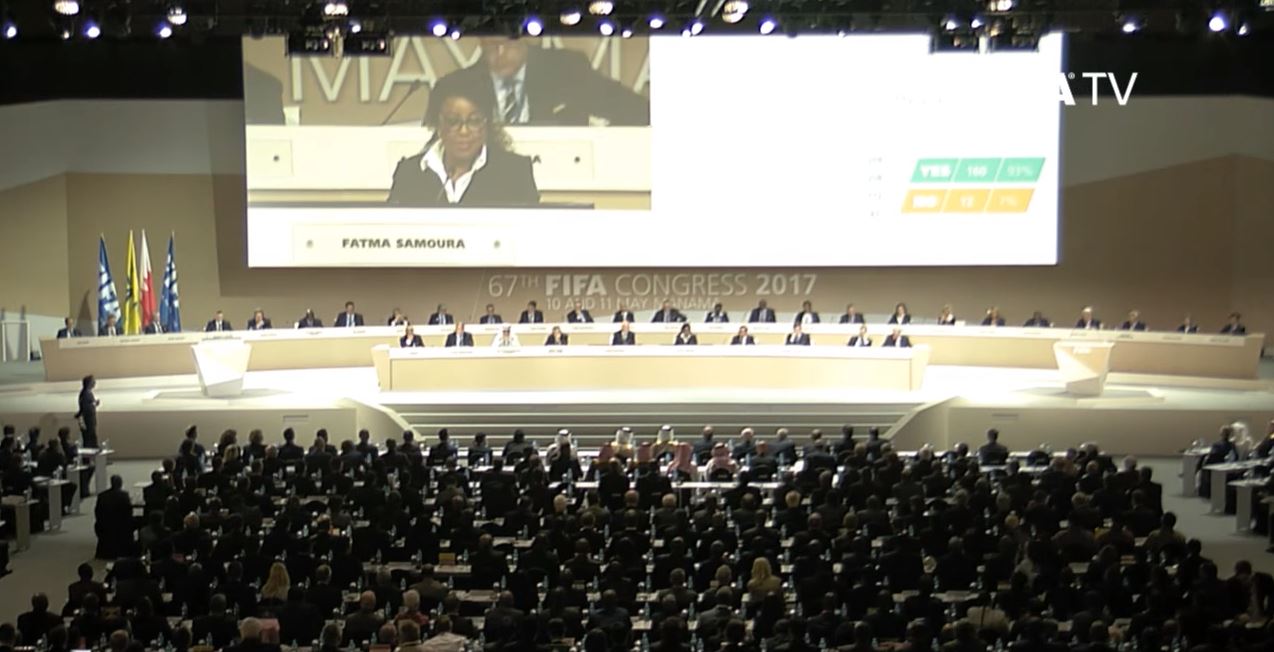 When FIFA’s 211 member associations assembled in May 2017 in Manama, Bahrain for the 67th FIFA Congress, World Class provided full technical production support to brand experience and event agency, Action Impact. The event was held at the Bahrain International Exhibition & Convention Centre on 11th May 2017.

The World Class  team of John Adkins, Kim Akester and Shaun Donsen were  involved from the pre-production stages of the project and played a pivotal role in preparing Action Impact’s winning pitch that secured the work. Once the contract was secured World Class’ Managing Director, John Adkins was appointed Technical Director for the event supported by Production Manager Shaun Donsen and Production Electrician and Assistant Production Manager Sam Gilbert.

John and his team supported Action Impact with the successful delivery of the event. This included working closely with the event’s team of suppliers. Al Laith who constructed the grandstand seating , supporting structures and platforms for the congress, Electra who built installed the event’s impressive stage set and PRG who ensured that all technical production and broadcast elements were seamlessly delivered to the high standards set by FIFA and their technical partners.